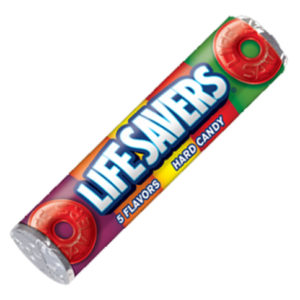 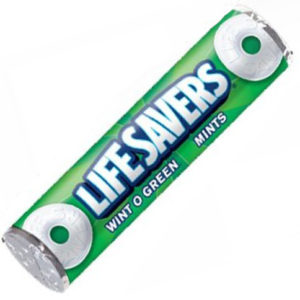 Aptly named for their ring shape, Life Savers have become one of the most iconic American candies going. Their bright colours and dozens of tasty flavours make them very easy to enjoy by kids and adults alike – they’re a HOLE lot of fun! 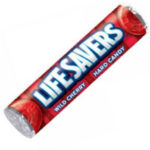 Aptly named for their ring shape, Life Savers have become one of the most iconic American candies going. Their bright colours and dozens of tasty flavours make them very easy to enjoy by kids and adults alike – they’re a HOLE lot of fun!
Single roll of refreshing Wild Cherry flavour Life Savers.
Imported from the USA.
Brand

Because air conditioning was rare and they melted. He saw a machine pharmacies used to make pills that were round and wafer-shaped, and thought he'd use those to make mints, which at the time were made square (because they were pressed in sheets and then sliced into squares).[4] The machinery could also punch a hole in the center, and Crane named the candy after its resulting life preserver shape. In 1913, Crane sold the formula for his Life Savers candy to Edward Noble of Gouverneur, New York for $2,900. Noble started his own candy company and began producing and selling the mints known as Pep-O-Mint Life Savers. He also began to package the mints into rolls wrapped in tin foil to keep them from going stale. This process was done by hand until 1919 when machinery was developed by Edward Noble's brother, Robert Peckham Noble, to streamline the process. 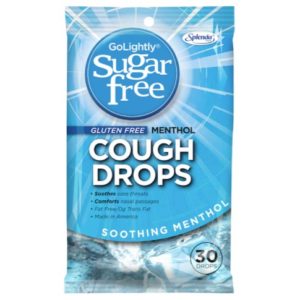 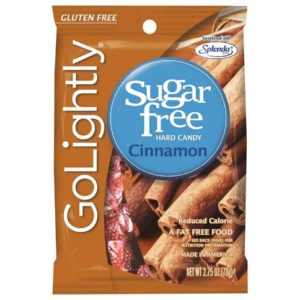 £2.49
If you've got a sweet tooth but are looking to avoid the high sugar found in sweets then you've come to the right place! These hard candies made by GoLightly are sweetened with Splenda, a low calorie sugar substitute, so you can enjoy the sweet candy taste without worrying about all the sugar and carbs!
Add to wishlist
Add to cart
Quick view 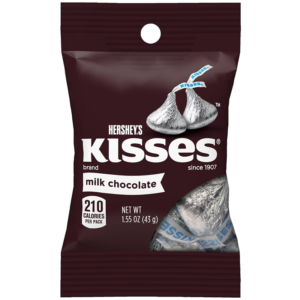 £1.49
Hershey's kisses have been an American favourite for years. These individually wrapped bite sized portions of delicious Hershey's milk chocolate are great for a snack or for putting out at parties!
Add to wishlist
Add to cart
Quick view
Sold out 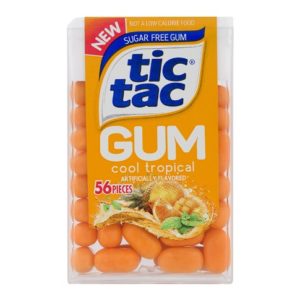 £2.50
Looking for a new experience? Then look no further - the iconic and familiar shaped Tic Tac is now available in a refreshingly cool tropical flavour gum - bursting with freshness - you won't want to miss out!
Add to wishlist
Read more
Quick view
Sold out 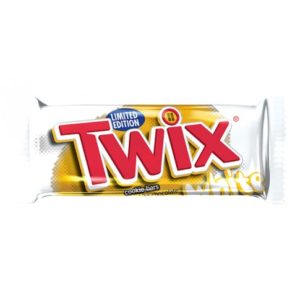 £1.50
Twix White is back for good, and now you can enjoy the same shortbread cookie base and chewy caramel, but now enrobed in a smooth white chocolate. Delish!
Add to wishlist
Read more
Quick view 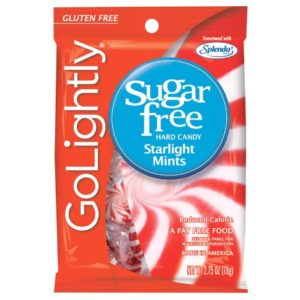 £2.49
These sugar free hard candies have been flavoured with natural peppermint oil. What's more they've been sweetened with Splenda to reduce the calories and are fat free too. Could guilt free snacking get any better!
Add to wishlist
Add to cart
Quick view 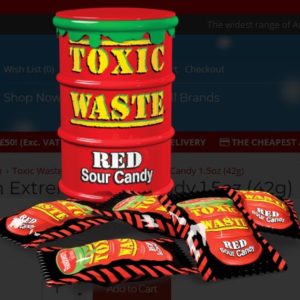 £1.50
Get ready to experience the most mouth-puckering, mind-exploding sour sensation yet! Don't be fooled by their size or novelty packaging, these sweets are seriously sour and should only be eaten by Sour Power experts! This red drum features five fruity tongue-tingling flavours including Cranberry, Red Grape, Red Pear, Raspberry and Strawberry!
Add to wishlist
Add to cart
Quick view 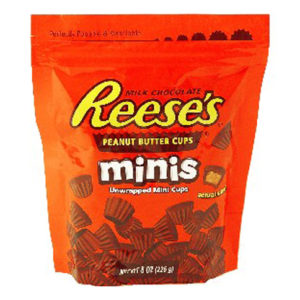 £4.99
All of the quality and taste you have come to know and love from Reese's is captured in these delicious white creme Mini Peanut Butter Cups. Just like the full-size cup they have the perfect combination of smooth Reese's white creme chocolate and rich peanut butter that will melt in your mouth.
Add to wishlist
Add to cart
Quick view